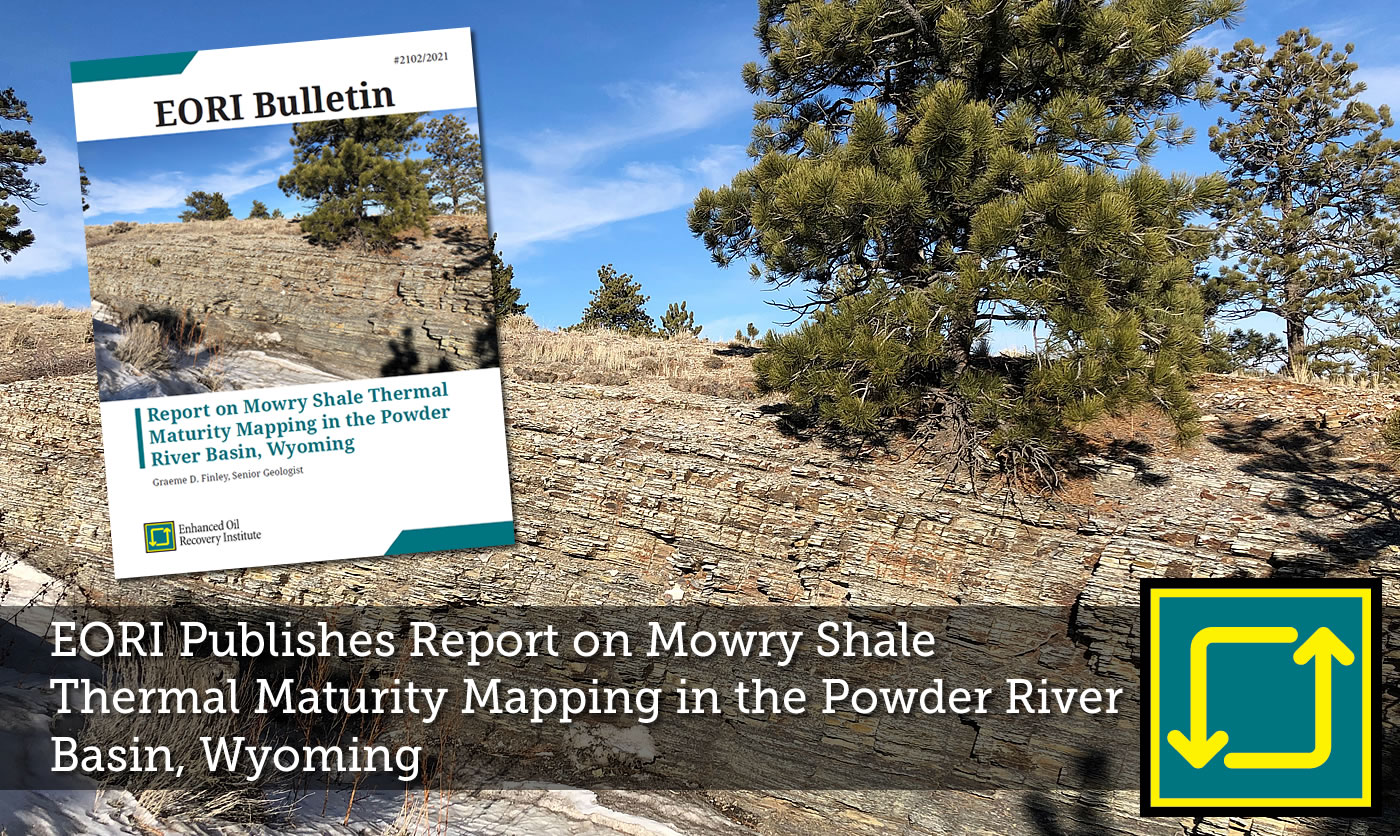 The Enhanced Oil Recovery Institute has completed a map of thermal maturity of the Mowry Shale in the Powder River Basin.

Thermal maturity, the degree to which the total organic carbon in a formation has been transformed from kerogen to producible hydrocarbons due to heat and pressure, is an important measure for not just the quality of a source rock, but also helps for delineating areas more favorable for unconventional drilling. EORI’s report of thermal maturity of the Mowry Shale in the Powder River Basin provides a detailed map based on a large public Tmax data set.

The results of the investigation are detailed here.