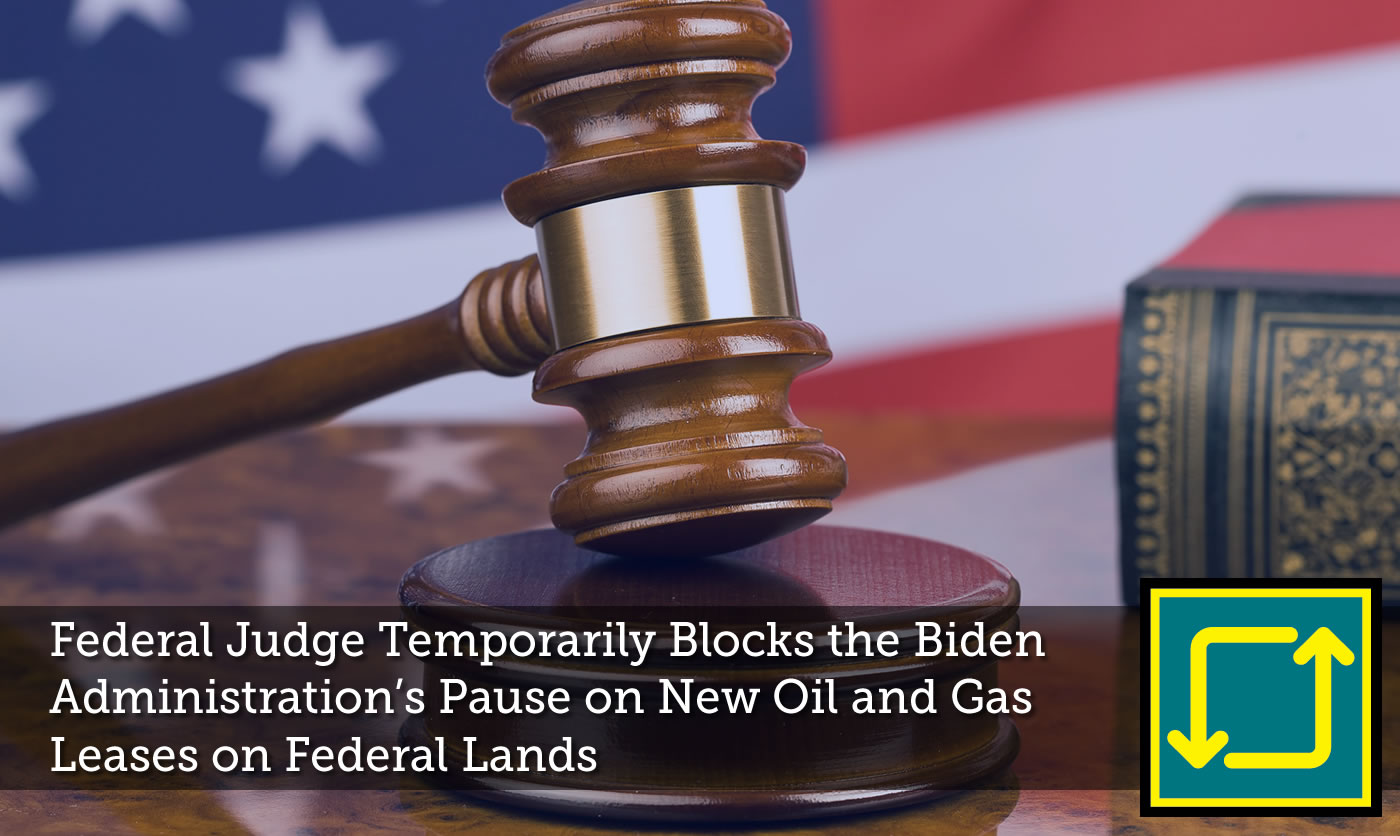 A Louisiana Federal Judge ruled that new oil and gas leases could not be temporarily halted on federal lands nationwide.

Judge Terry A. Doughty of the United States District Court for the Western District of Louisiana granted a preliminary injunction Tuesday against the administration, saying that the power to pause offshore oil and gas leases “lies solely with Congress” because it was the legislative branch that originally made federal lands and waters available for leasing.

Judge Doughty also ruled that 13 states, including Wyoming, which are suing the administration over its temporary halt to new leases “have made a showing that there is a substantial likelihood that President Biden exceeded his powers.”  The 13 states that sued said the administration bypassed comment periods and other bureaucratic steps required before such delays can be undertaken, and that the moratorium would cost the states money and jobs.