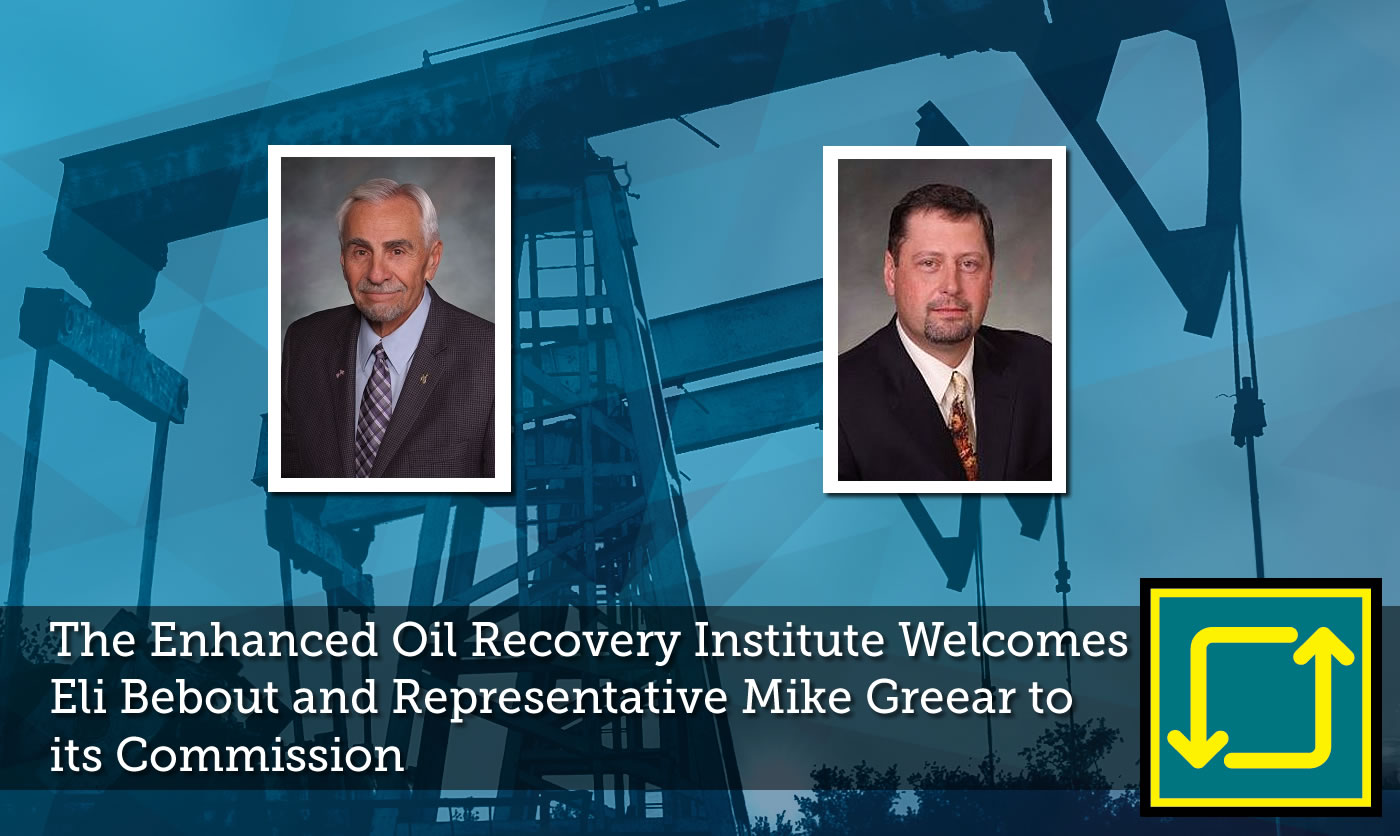 Eli Bebout is a veteran Wyoming politician and former President of the Wyoming State Senate, representing District 26 from Riverton, in Fremont County.  A Republican, Bebout is also a former member of the Wyoming House of Representatives, Speaker of the House, and his party's nominee for governor in the 2002 general election.  Committee assignments included Chairman of the Joint Minerals Committee and the Senate Appropriations Committee and served as Chair of the Joint Appropriations and the Senate Appropriations Committees and member of the Enhanced and Improved Oil Recovery Commission.

Senator Bebout earned his B.S. in engineering from the University of Wyoming in 1969. In addition to his political career, he has worked as a petroleum engineer, a drilling contractor, and was the owner of Nucor Oil and Gas, Inc.

Republican Representative Mike Greear is the Speaker Pro Tempore of the House in the Wyoming Legislature and a member of the Wyoming House of Representatives representing District 27, Big Horn and Washakie Counties.  He is also the President & CEO of Wyoming Sugar Company.  Representative Greear attended Sheridan College and later graduated with a B.S. in economics from the University of Wyoming. He earned a J.D. from the University of Wyoming Law School in 1994.  Before assuming office, Greear was a partner with Worrall & Greear, P.C. and served as a special assistant attorney general for the State of Wyoming from 1996 to 2001. Prior to attending school, Greear served two years in the United States Army.

Committee assignments include: Chairman on the House Minerals, Business and Economic Development, member of the Management Council, House Rules & Procedure, member of the Enhanced and Improved Oil Recovery Commission and the UW Energy Resource Council.

The Enhanced Oil Recovery Commission also wishes to thank its outgoing commissioners, Senator Drew Perkins and Mr. Ron Baugh. Their service and stewardship of EORC has been characterized by strategic thinking and innovative ideas that have provided strong footing for those who follow them.

The EORI would like to recognize and thank our Commission members Governor Mark Gordon, State Geologist Erin Campbell, Chad Brister and UW Trustee Dave True as well as our reappointed Commission members Ken Hendricks (EORC Chairman) and Robert King.  The EORC serves an important role that ensures the success of the Enhanced Oil Recovery Institute and the State of Wyoming.

Again, thank you for your continued commitment to the values and mission of the Enhanced Oil Recovery Institute.