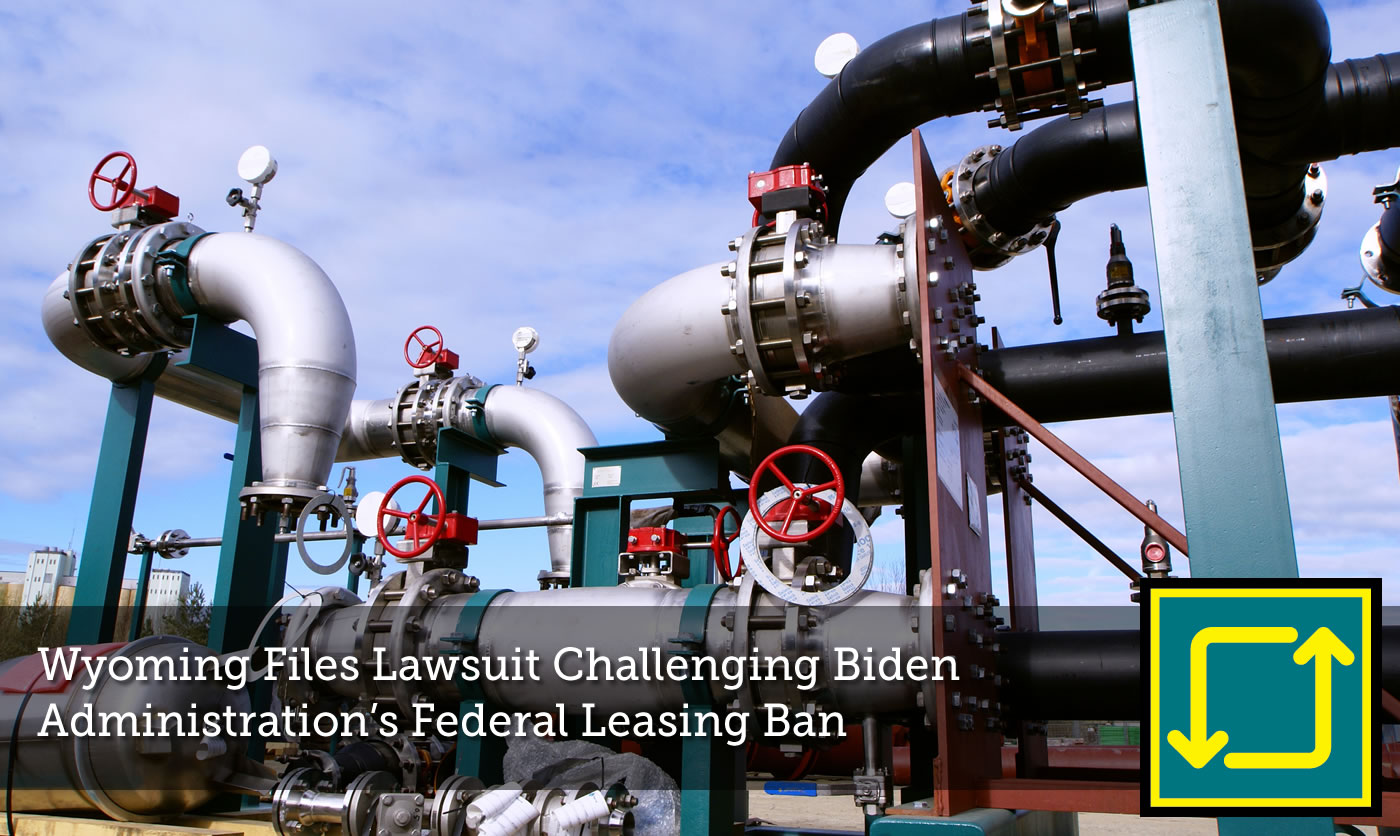 Governor Gordon emphasizes the Biden administration’s de-facto ban on oil and gas leasing will not meet the Administration’s climate goals but will shift production to other countries with less stringent standards.

The state of Wyoming filed a lawsuit challenging the de-facto moratorium on oil and gas leasing on federal land issued by President Biden and Secretary of the Interior Deb Haaland. The suit asserts that Haaland’s implementation of the leasing moratorium contained in Executive Order 14008 is invalid under federal law.

The lawsuit was filed in Federal District Court of Wyoming and states that the Administration’s action violates the National Environmental Policy Act, the Administrative Procedure Act, the Mineral Leasing Act and the Federal Land Policy Management Act. The lawsuit asks the court to set aside the Secretary’s action and require the Bureau of Land Management to resume quarterly oil and gas lease sales, which have been suspended since the order was signed.

“Following a careful review of not only the President's Executive Order, but its practical effect, it is necessary for Wyoming to protect its citizens and challenge the Secretary’s action,” Governor Gordon said. “Not only is this federal action overreaching, it was implemented without public input as required under federal law.”

Governor Gordon anticipates that other states will consider intervening after Wyoming’s action is filed. A copy of the suit may be found here.