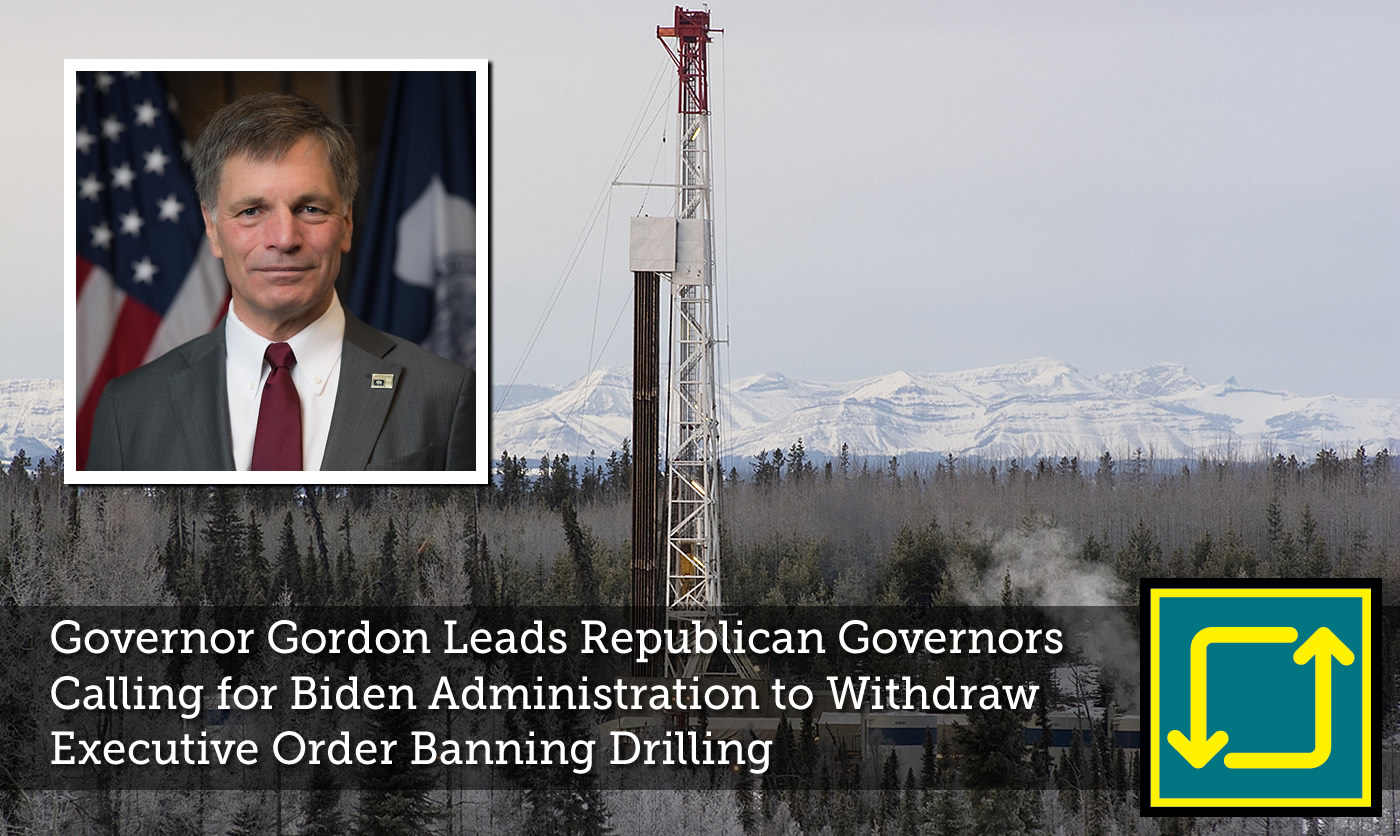 In the letter, Governor Gordon and his fellow Governors stress the negative economic effect of the ban on western states with large tracts of federal land. The Order has the effect of “chasing away capital investment for long-term economic growth and undermining public services, public conservation, public safety, public education, and more.”

Governor Gordon also emphasized the importance of the high-paying jobs created by the energy industry, as well as the impact of the order on energy independence and grid stability. The Governors were unified in their support for an “all of the above energy approach” and said that “As governors, we believe that solutions come from innovation, not regulation” stressing state primacy for emission standards.

This letter is part of Governor Gordon’s continued coordinated effort to protect Wyoming citizens and industries from overreaching Federal actions.

A copy of the letter is found here.